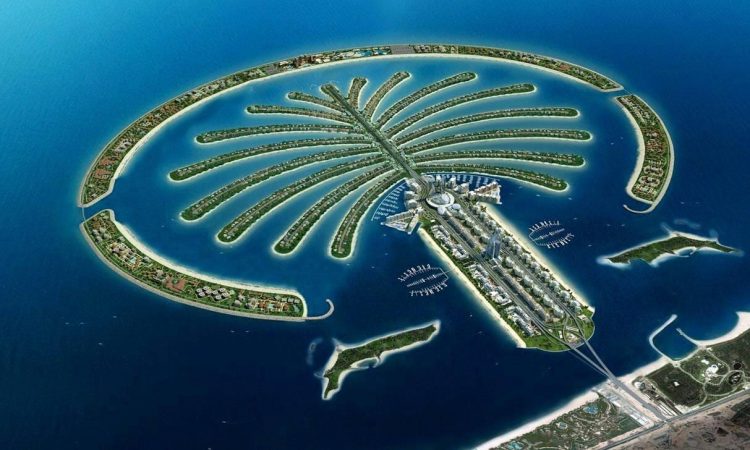 The world islands Dubai, or to give its more correct term “The World Islands (Arabic: جزر العالم; Juzur al-Ālam)” is one of the weirdest. most extravagant and dare we say bat-shit crazy projects ever created.

An archipelago of small artificial islands constructed in the shape of a world map, located in the waters of the Persian Gulf, off the coast of Dubai, United Arab Emirates – the artificial islands are made to resemble the world. Got a few million to spend? You can buy a “country”, or rather an Emirati contracted version of one.

The World Islands Dubai – what is the story?

Essentially the UAE and other Gulf-States have so much money that not only does it mean we ignore their awful record on human rights, but they also get to spend money on crazy projects. Dubai was the first country to have a 7 star hotel, but with that not being enough they literally wanted the world.

Construction of the 300 islands began in 2003, before a light stop during the 2008 financial crisis.Since then things have moved at much slower a pace, but move they indeed have, with the UK, Europe, Sweden and even good old Lebanon being finished.

Sadly though much of the world has yet to be completed, but that has not stopped people buying up countries at a whim.

How much do islands cost?

Buying an island is at World Islands Dubai is no cheap hobby, with prices ranging from $5-50 million. Not the kind of loose change your average cat has lying around.

Rjchard Branson recently flew Miss England Hammasa Kohistan yo “Great Britain”, where he laid claim and agreed to pay the $33 million price tag. If you ever wonder why the UK has a Queen, it is literally so that Richard Branson cannot become President. That’s good with me.

To read about Virgin Cola click here -proof SirRichard is far from perfect!

When will The Islands Dubai be finished?

For the last 13 years it was going to be finished “imminently”, but has seemingly been fraught with problems ever since. That being said when your punters are both literal and metaphorical “Royalty” then you can be sure it will be finished at some  point?

And the vibe at the world islands? No one can be quite sure, but you can assume it will be like the current Dubai vibe, people with many hanging out with people with money and congratulating themselves on being masters of the universe.

I’m not a follower of David Icke per se, but if there are Lizard people ruling the earth, you can be damned sure that they will own an island in Dubai.

Are reclaimed islands the way forward?

Sadly no, and with the exception of Sealand anyone that has even vaguely tried to do something like this has ended up with their structure blown up. Yes Rose Island we are talking about you.

Be it inter territorial waters, or not, new upstart countries are not welcomed by governments.

How do poor people buy islands?

For your average South Sudanese farmer buying an island is not something even vaguely considered, let alone ever to become a reality. For our gauge of poor, we are going to look at middle-class developed country poor.

Buying an island is actually not all that expensive, with islands in places like Canada and Finland have what can only be described and an abundance of the things. Alas you need to be resident of some description and enjoy the cold.

How much does a tropical island cost?

Tropical islands exist throughout the world, but for us we went for Belize as buying an island is just like buying a house, you buy it and its yours. It is also in the Caribbean. Generally speaking a tropical islands of a decent enough size can be purchased for anywhere between $100-500,000, with the more you spend getting you more, much like anything on earth.

Can I buy just part of an island?

Assuming you’ve accidentally landed here from Google and have not read the “LetsBuyAnIsland” part of the domain name, then yes you can and that is what we are all about.

We basically crowdfunded a bunch of fellow crazy people and for the sum of $3250 purchased Coffee Caye in Belize.

And the good news is that you too can be part of this project as we haven’t done taking in maestros.

What do I get for joining Lets Buy An Island?

You can read our FAQ here, but essentially you get a share in a company that owns and island and plans to develop it. You also get the chance to be part of the decision making process and well, dare we say it, enjoy the worlds coolest time-share?

Yes things have slowed due to Covid-19, but we are still going strong!

To read about how to own part of an island check the following link .