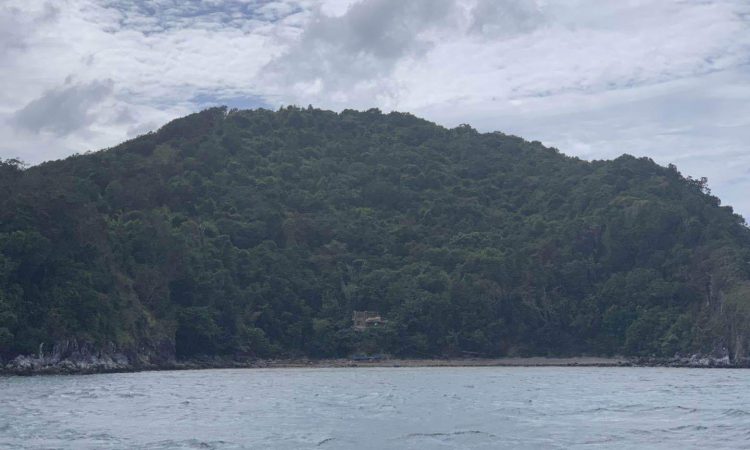 What to say about this place? Firstly we couldn’t dock there, so I mainly got a view of the place from the boat.

And let us not forget it is also a dreaded peninsula!

Slap bang in the middle of El Nido, which at least from a price point of view makes it good value. There’s an airport in El Nido. It is in Palawan – officially the nicest island in the world.

Undeveloped large peninsula, only accessible from the sea, and similar in some ways to the place we checked out in Malaysia. Beach is ok, and you could certainly do a development here.

There’s a resort directly opposite charging up to $1500 a night. There’s a market to go for here without a doubt.

The second issue is we would need to do a lot of due diligence, in contrast to Ireland, Belize, or even Panama, where we pretty much just buy.

Essentially there’s better out there for the money, I am glad we came to look, as anything in El Nido, Palawan would be a slam dunk investment wise, but does it fit our project? No, not really. Wish I had a few hundred of my own lying around though….