How to Survive on A Desert Island 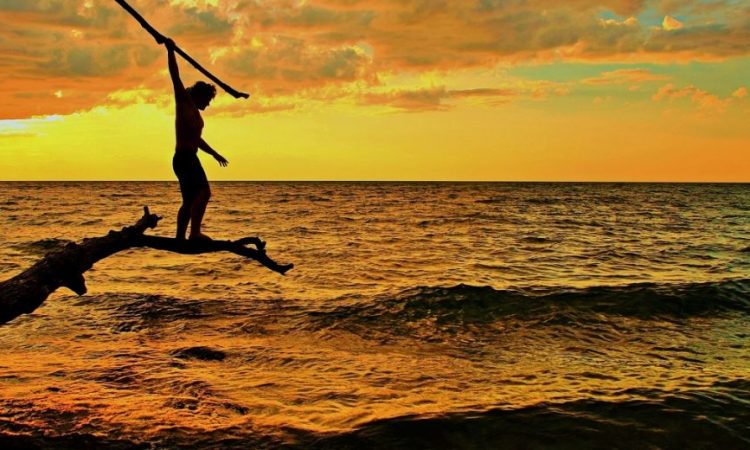 How to survive on a desert island? We asked our local Islandian expert!

I’m Joel Gallagher, commander-in-chief at Reaper Feed. I joined the team at Let’s Buy an Island last year and haven’t looked back since! A few months ago, I wrote a book called the Military Grade Travel Guide, which provides possibly life saving travel advice in an increasingly dangerous world for the price of a coffee. After the success of the book, I was invited by the team at LBI to write a fitting article on how to survive on a desert island, and I was happy to oblige.

Whilst being trapped on a desert island may seem like a fantasy reserved for movies such as Castaway, in reality there have been many prominent cases of people who have been stranded on remote islands around the world. The inspiration for Castaway itself came from the story of Gerald Kingsland, a British writer who put out an advertisement seeking a young woman to come and live with him on a deserted island. The adventurous call was soon answered by a 24 year old woman called Lucy Irvine and the two began a journey to their new home on a remote island situated between Australia and Papua New Guinea. After a year of self imposed exile, their adventure rapidly turned sour when food and water supplies ran out, leaving the couple stranded and facing death until they were rescued by local islanders.

Another case of being stranded on a remote island was that of Ada Blackjack, an inuit woman who was hired as a cook by a team of ill prepared explorers on a mission to claim Wrangel Island for Canada back in 1921. The explorers rapidly ran out of supplies and in desperation, most of the men fled across the frozen sea in a vain effort to seek help. They never returned. Ada was left alone with one surviving member of the group and cared for him until his death. Ada utilized traps to catch food in the form of Arctic foxes and the like. She became handy with a rifle as it was needed to defend against Polar Bears. Two years after the expedition began, a lonely Ada was rescued and lived to the age of 85.

Incredible stories, but I hope none of you reading this ever find yourself stuck on a remote island unless of course it’s Islandia with an adequate supply of cocktails. However, in the event that you are, I’ve compiled a handy 8 step guide to survival. Among these techniques are finding fresh drinking water, shelter, and eventually rescue.

Disclaimer: The survival tips on this website are for informational purposes only. The authors take no responsibility for the reader’s individual actions or usage of the information presented on this page.

STOP stands for “Stop, Think, Observe, and Plan”. The most terrifying situations in life can be overcome with a clear head. Do your best to calm your mind and breath normally. Tell yourself you will get out of the situation safely and this is just temporary.

You’re alone on an island and you don’t know when help will be on its way. Instead of panicking, start the following survival steps in order of priority.

2. Finding a source of drinking Water

It’s not a secret that water is the key to survival. You can survive for around three weeks without food but without adequate drinking water, especially in a tropical climate, you have about three days until you die a miserable death. Sources of Water can be found in a variety of ways.

Begin by venturing into the inner sections of the island, you have a much better chance of securing a source of fresh drinking water, such as waterfalls and streams, further inland. In the event of no fresh water source, you can utilize any form of container you can find in order to catch any rainwater. Large leaves can be used to funnel raindrops into the containers.

Naturally, it’s never guaranteed that rainfall will come in the next few days. So in the event that you’re unable to find a source of freshwater and are hit with days of dry weather, your next step should be to make what’s known as solar water still.

3. Find or Build Yourself a Shelter

After securing water, your next stage of survival should be to secure an adequate shelter to protect yourself from the elements. A sufficient shelter can be made in the form of a Tepee and can be constructed using a simple 4 stage plan:

Once you’ve settled into your new piece of real estate, which shouldn’t take long, your next step is to build yourself a roaring fire to keep warm. Lighting a fire may seem tricky without the normal equipment usually used to make one, but it’s really not that hard. As well as providing a source of heat, fires can be used to cook food, boil water and create a distress signal that can be seen from aircraft flying overhead or ships and people a long-distance away.

When on a desert island, your most likely source of food will be fish. If you don’t like seafood, it’s time to suck it up and go caveman style. In such a scenario, fish are best caught through spearfishing. A spear can be made from a long branch you find on the island, sharpen the end and make sure it is long enough and weighted enough to throw, use twine or shoelaces to attach stones to the spear to weigh it down.

To find fish on an island, your best chance will be in the shallow areas of water surrounding the beach. Your best bet is to stand on rocks as it won’t startle fish who will ideally be feeding on seaweed below you. If you have no choice but to walk in the water, make sure it isn’t too deep and move slowly as to not startle them.

To spear the fish, hold the weapon at your side and wait for a fish to stop and settle in a spot. Quickly extend your arm and throw the spear. Always aim for the head of the fish. At first, it won’t be easy, but keep practicing and you will soon have your dinner on a spear.

6. Be Aware of Predators on the Island

This stage is relative to the region you find yourself stranded in, but predators can provide a very real and present danger if stranded on an island, just as Ada Blackjack found out. Thus you need to be very aware of the kind of animals and critters you are sharing your new temporary home with. Never allow yourself to get too relaxed if you think the island may be home to lethal creatures and keep an eye out in case they are stalking you.

It’s better to be armed with a weapon and not need it than to need it and not have it. On land, keep the spear you use for fishing close and fashion a knife from shorter branches. Make as many as you like and leave them in places you frequent to ensure one is always close to hand. It’s not like you have much else to do right now.

If in the ocean, your main worry should be things like sharks, jellyfish, barracuda, etc. if you venture out into deep water, you’re in the predator’s territory and if attacked, your chances of survival are pretty low. So always stick to shallow water if possible.

When it comes to getting rescued, the chances are that your disappearance will have triggered an official manhunt for you. However, bear in mind that if you remain missing after a certain timeframe, the official search may be called off. In cases in the past, some have been left to fend for themselves for up to 18 years on an island, such as the case of Juana Maria in 1853. So you should remain actively trying to get rescued at all times.

Alongside utilizing fire to create an active sign of life to anyone who would be passing the island, you should also create a passive sign of life such as an SOS message that can be seen from the air and from the sea. Using a slope of sand on the beach to create visibility from the horizon and from the air, create an SOS message using large rocks and bolster them with tree branches. Make it as big and visible as possible.

If you feel the situation is dire and there is no rescue in sight, your best bet may be to launch your own escape of the island. If you intend to leave the island on your own, you’ll need to construct a sturdy raft.

A raft can be constructed using logs and vine in a 5 stage process. Always ensure you work on it during the day, taking advantage of daylight to construct it adequately, and rest during the night and you’ll need your energy for the coming escape.

And there you have it, how to survive on a desert island from the creators of the Military Grade Travel Guide. For similar travel survival articles, check out the book. For articles on military history, dark tourism, and battlefield technology, check out the content over at Reaper Feed.