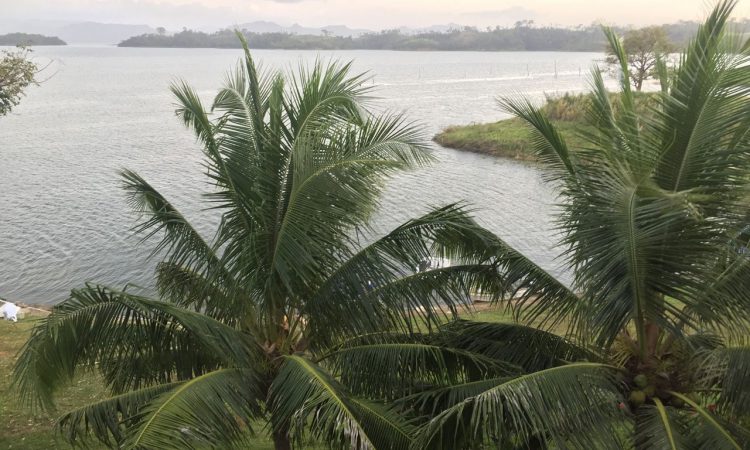 Asking price is USD $250,000. This may be negotiable but probably not by much – the owner is not in a rush to sell.

Approximately 2 hectares/5 acres in size, situated in a fresh water hydroelectric lake. A simple but well-built, three-bedroom, two-storey wooden house is on the top of the island. Upstairs there are two bedrooms with a terrace around two sides. Downstairs is an open area with hammocks, adjoining the bedsit for the caretaker, roofed open-plan kitchen area, and simple plumbed shower/toilet shack in corrugated iron with water tank on top.

Currently used by the present owner for recreation with his family at weekends.

The water level varies seasonally by several metres. Depending on the water level the island is sometimes joined on to the adjacent, larger, uninhabited island.

The ground is mostly grass covered, solid and dry with plenty of shade from trees etc.

How to get there

Less than 2 hours drive (75 km on the Pan-American highway) from Panama Tocumen international airport (PTY), then 15 minutes by boat. PTY is the biggest airport in central America and has direct flights to major USA, Canadian and European airports and Beijing.

We would probably want to acquire a boat and outboard engine; cost should be much smaller than for a sea island as it doesn’t need to be very big or seaworthy. We would probably consider building a floating dock to minimize damage to boats and avoid the need to get wet feet.

None. Perfectly possible and safe to swim in the lake but it’s a bit silty. A neighbouring island has installed an above-ground swimming pool.

Panama is an area of growing tourism interest.