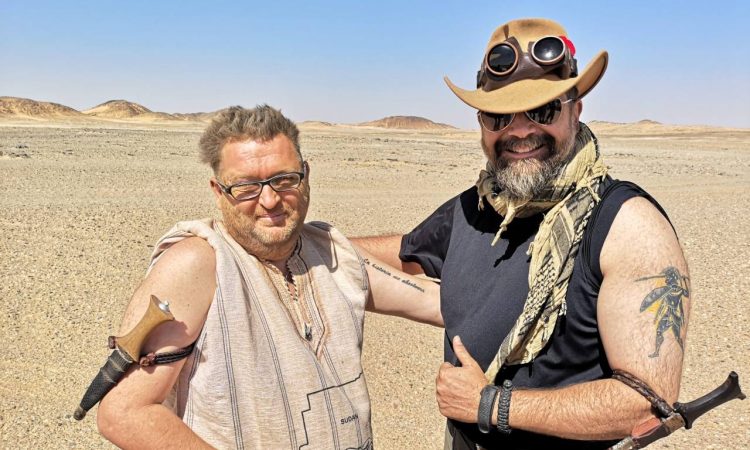 In 2019 The Principality of Islandia and our nascent democracy went to the only unclaimed piece of land on earth, Bir Tawil. Why why went there was multifaceted, but we ended up kidnapped, not claiming it, bur declaring it a protectorate.

To read about us declaring Bir Tawil a protectorate click here .

We can say that the 2019 trip to Bir Tawil was innocent, but in reality we had an agenda. We came with flags, t-shirts and a bunch of Islandian citizens. There was never an official plan to claim it, but well, we had an agenda.

Of course this did not go well, with is getting kidnapped and eventually released after giving up said flags an t-shirts. After leaving this is when we decided it should be a protectorate….

Why do no people claim Bir Tawil?

It si technically unclaimed, which means that in fact everyone claims it, particularly internet warriors, most of whom have not been here. One of these was a Mr Heaton who declared the Kingdom of North Sudan, which he claimed wa stop make his daughter a princess.

Turned out he was not that nice a fella who threatened us with Saudi mercenaries among other things. The Principality of Islandia do not recognise the Kingdom of Sudan and instead declare it Ababa lad and a place we deem a protectorate.

To read about the trance tale of unclaimed land click here.

Well despite the recognition we felt had been exchanged during our last visit which included a goat being killed in on my behalf and my local Sudanese partners felt we were good to go.

Alas when it came down to they decided that actually state to state relations were not on the top of their list, but rather the protection of their gild mines.

Heck we did not even make it to Mad Max Town,

So, while not the most successful of trips, at least we tried to spread the good name of Islandia and show what adventurers we actually were!