Let's Buy An Island > Uncategorised > Can You Buy A Country? – Hutt River Principality up for sale

Can You Buy A Country? – Hutt River Principality up for sale 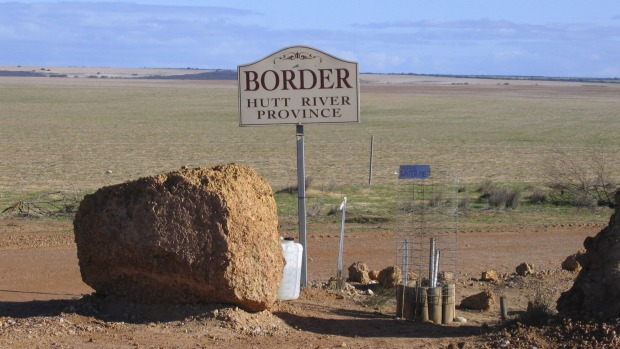 Can you buy a country? This in some way is a very loaded question. One might argue that many a country has been brought over the years, be it via which country they “recognize”, aid, or even the new buzz word of vaccine diplomacy.

And then of course you have lands that have actually been purchased, with Alaska probably being the most famous deal, steal sale of the century. What might the USSR have been with Alaska?

Of course these instances are merely buying land, or currying favor, but can you actually buy a whole country? This is a very long-winded way of going about saying that one of the most famous every micro-nations is now up for sale.

What’s the story with the Hutt River Principality?

Originally formed over 50 years ago in what was essentially a dispute over federal taxes the Hutt River Province, or principality succeeded from Australia while quoting some extremely obscure colonial laws.

Apparently could leave the British Empire, so long as you declared yourself a principality, so this is what they did. Over the years they went about making their own flag, currency, stamps and all the really important things that countries have.

Did this make them a country? Australia essentially decided to simply ignore them, rather than either admit, or deny their existence. For many years and at lest until the birth of Sealand this made them the most well known micro-nation in the world. And all tis achieved pre-internet.

And for 50 years the “country” thrived and became a little part of folklore. Then last year out of nowhere Hut River rejoined Australia and an era was ended. Their importance yo micro-nationalism cannot be overstated, with some even considering a visit here one to a real “country”.

To read the definitive guide to what counts a country click here.

How much does it cost to buy a country?

Having rejoined Australia Hutt River stopped being a pseudo-country and became, well a farm with a bunch of land – and it would appear tax bills the estate is now up for sale.

The former nation is also not all that much of micro-nation, with its 611 hectare size making it similar to Hong Kong. One truly forgets just how large Australia is.

And as to how much does it cost to buy a country? The Hutt River Province will set you back? Sadly they have not put a prize tag on it, but have merely stated that they open to “expressions of interest”.

How much does it cost to buy an island?

We will give more detail with this in a separate article, buy buying an island is a lot cheaper than most people realize.

You can check out some international islands here.

And of course the cheapest way to buy a country, an island, or at least part of both is to join LBI! For $3250 you get your own part of an island as well as citizenship in the Principality of Islandia.

You can read about going our project here.