Let's Buy An Island > Blogs > Castle Island – Why We Love it, and Why We Aren’t Going For It

Castle Island – Why We Love it, and Why We Aren’t Going For It 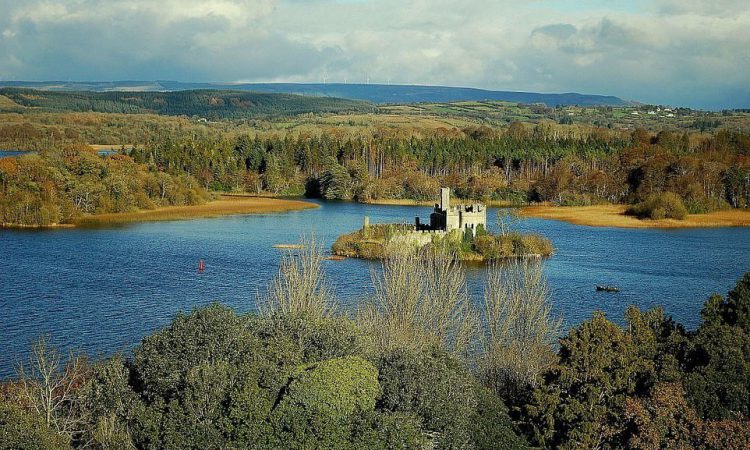 This is a tough blog post to write… and I mean really, really tough. Recently we stumbled across an apparent gem of a property, a half-acre island for sale in Ireland via an obscure auction. The property sits on a lake in the northern part of the country, a short drive from populous counties and cities across Ireland and Northern Ireland. And best of all… there is a medieval castle on the island!

Had I been drinking something when I saw the listing, I probably would have spat it out. It is absolutely gorgeous, breathtaking even. It’s in a great location. It was in the right price range (approximately $100,000)… at first glance. But as the saying goes, the devil is in the details (more on this below).

Many of you had the same thought I had… we MUST buy this! But in doing our due diligence, including multiple calls to the auction agent, research on the property and gaining a better understanding of what it would take to make the property work for us, we found a different narrative.

The property consists of a castle ruin and island. It was first built around the 13th century, and through multiple sieges and battles, was rebuilt several times. The latest full rebuild was approximately 200-300 years ago, built as a “folly” for a local wealthy family. In the centuries since, it has fallen into disrepair. Today, it is vacant, overgrown, and by all accounts in danger of collapsing in parts. By one account, there is even a restriction on tourists arriving at the island due to the dangerous condition of parts of the structure!

The story is beautiful, and the expected auction price seems right, but it would likely be incredibly difficult to renovate and make safe. Additionally, as a historic landmark the castle would likely prove to be an impediment more than a catalyst towards development, as local permits, etc. would be under further scrutiny by the local zoning authorities. And as the Agent for the listing said, we “can’t just knock it.” The guts of the castle would have to remain as is, which further impedes the possibilities of what we can do with the island itself. It is only a half acre (0.22 hectares) and there isn’t much extra open land.

Northwest of Carrick-on-Shannon, north of Roscommon Town, and along public transport/highway routes through Ireland, the property itself is in a fine location. Weather-wise, there are many good months of the year the property could be utilized, but it would likely be less busy in winter due to the cold.

IBG – the dream and the reality

Our investors are dreamers; we want to fulfill a fantasy we share. But we are also realists – nobody wants to lose their investment to a folly that they did not anticipate. Finally, we want to see a return on our investment! While nothing is guaranteed (including a return)