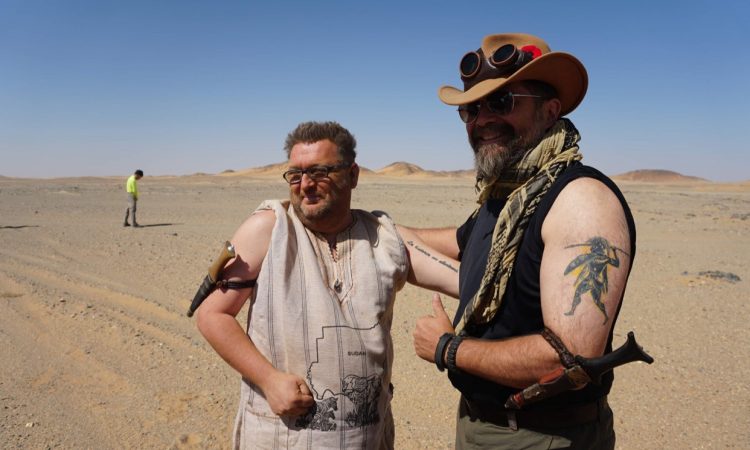 As one of his outgoing measures HRH Prince Regent Marshall Meyer has declared Bir Tawil a “protectorate” of the Principality of Islandia.

Why has he done this?

In 2019 a group of Islandians were some of the few people to ever travel to Bir Tawil. If you have not heard about Bir Tawil it is the only “unclaimed” piece of land on earth.

Located between Sudan Egypt it is a very interesting place that you can read more about here.

To read about the Islandia trip here click here.

Being unclaimed mean that there are lots in the Micronational community who actually claim it. You can read about claims to Bir Tawil here. In fact whilst we might have been tongue in cheek we certainly went there with panting a flag in mind! It turns out though that people do live here.

It turns out there are a tribe called the Ababada who have been living in Bir Tawil for centuries. This is there land and they do not want foreigners claiming it for themselves.

When we were there it was such a pleasure to meet the tribe and learn their story that one of our citizens even wrote a book about it.

You can buy that book here.

We promised we would tell their tale, a promise we duly kept. We this in mind and in honour of the sovereignty of Bir Tawil under the Ababada people, we therefore declare ourselves eternal protectors of Bir Tawil.

The Principality of Islandia therefore decree the Bir Tawil Protectorate,, whereby our sovereign shall always endevour o help the Ababada people protect their land from outside forces. We will take a moral stand to those online who spuriously lay claim to Bir Tawil. We reiterate that we do not claim Bir Tawil, only our promise to help protect its sovereignty.

The new title of the head of state of Islandia

Therefore and from henceforth the Head of State of Islandia shall be known by the following full title;

His Royal Highness Prince Regent Marshall Meyer of the Principality of Islandia and the Protectorate of Bir Tawil.